In this section, we will discuss the Class 7 Science book Solutions of DAV school book. We have given detailed answers to the back exercise questions of Chapter Electricity and Its Effects. If you face any problem, you can ask your doubts through the comments section below or connect with Careeradvice4u on Facebook.

Question 1: The bulb in the circuit shown in the figure does not glow. Why? Redraw the circuit diagram by making the necessary changes in it, so that the bulb starts glowing. 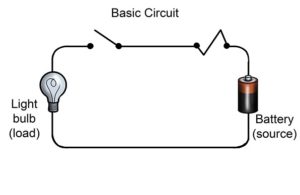 Ans 1: The bulb in the circuit does not glow because the switch is in open mode. The switch needs to be in closed mode in order to make the bulb glow. The circuit could not be closed in this position. 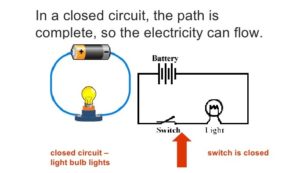 Ques 2: Name three practical devices based on the heating effect of current

Ans: Three devices which are based on the heating effect of electric current are:-

Electric Iron: It also works on the principle of heating effects of electric current.

Electric Bulb: The filament of the bulb gets heated up when electricity is passed through the bulb.

Ques 3: Write two special characteristics of the wire needed for making the ‘element’ of an electric heater.

Two special characteristics of the wire needed for making an element of electric heater are:-

These properties can be seen in Nichrome. so, nichrome is used for making the element of the heaters. Nichrome is an alloy that is made up of Nickel and Chromium.

Question 4: Give the meaning of the term ‘Short-circuiting’ and ‘overloading’ in an electric circuit?

Ans 4: Short Circuit occurs when the live and neutral wire touch each other. This may happen due to the weak insulation of the wires.

Overloading: When we connect more than one appliance to a single socket then it can cause overloading. The single-socket may not be able to handle all the devices at a single time.

Question 5: Do you think an electromagnet can be used for separating plastic bags from a garbage heap? Explain.

1. Electromagnets are used to lift heavy objects which are made up of iron. They can be used to transfer iron rods from one place to another.

2. We use electromagnets in electric bells and loudspeakers.

3.  A lot of toys work on the principle of electromagnetism.

Question 1: The same amount of current flows through the connecting wires and the bulb filament. However, it is only the filament that glows. Why?

Ans: The filament of the bulb is made up of Tungsten which has very high resistance so it heats up quickly. The connecting wire is a good conductor so it conducts electricity and does not gets heated up.

Question 2: The brightness of light, emitted by a bulb, is observed to decrease when an electric heater is connected in series with it. Suggest the likely reason for this observation.

Ans: When an electric heater is connected in series with the electric bulb then the power dissipated in the bulb is lesser as compared to the situation when the heater was not connected. This happens because the voltage for the bulb will be reduced. Less voltage means current flowing through bulb will reduce a bit and the bulb will become dimmer.

Question 3: Suggest an experimental setup to illustrate the action of an electric fuse.

This is the way, an electric fuse works.

Question 4: A novice electrician, while carrying out some repairs in Sumit’s house, tried to put a tungsten wire in a fuse. Sumit’s father on noticing this, stopped him from doing so. Give reasons as to why he did that.

Ans: Tungsten should not be used in the fuse because a fuse requires a low melting point so that it can burn up when the current exceeds the normal limit. This prevents accidents when excess current flows. Tungsten has a high melting point and it will not melt fast and this thing can lead to damage to appliances.

Question 5: Draw a labelled diagram of an electric bell and explain its functioning. 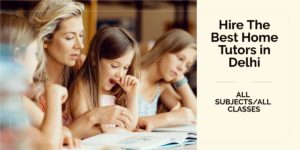